We are the second-largest energy distributor by number of clients, with approx. 26% share of the Polish energy distribution market. Our distribution area covers nearly 40% of the area of Poland. Using over 280 000 km of power lines, we supply electricity to more than 5.3 million clients. 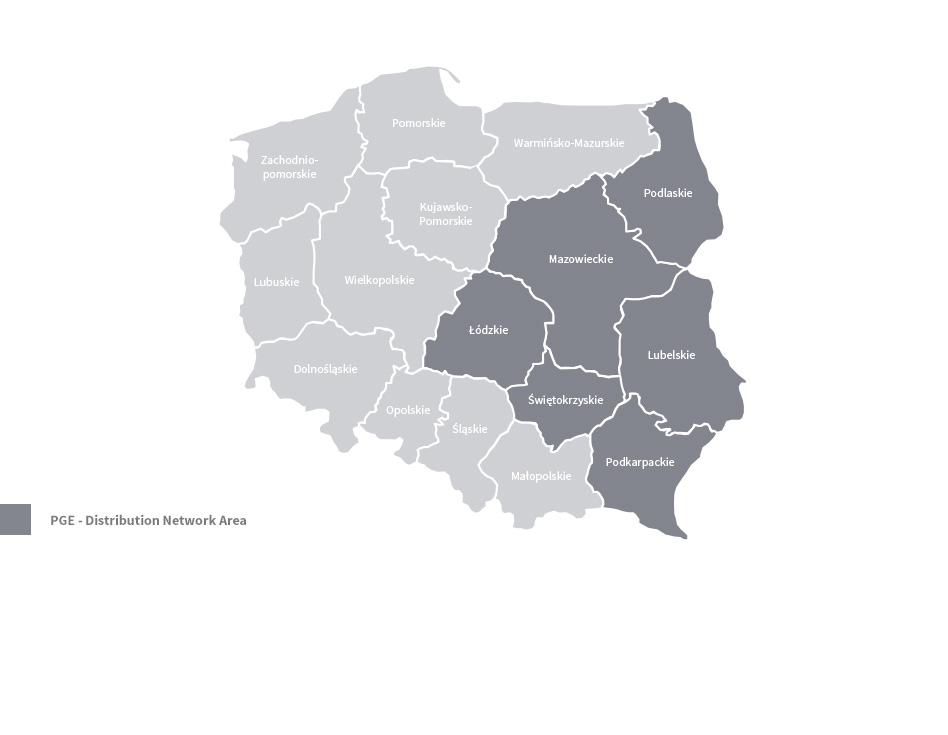 Key figures in the distribution segment.

Key EBITDA divergences in the distribution segment [in PLN million]. 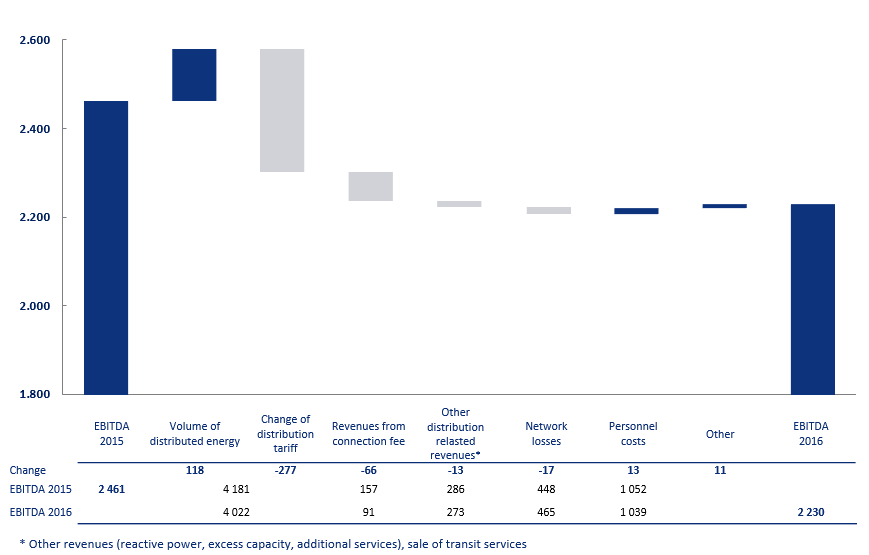 Major EBITDA drivers in the distribution segment in 2016, in comparison with the previous year, are as follows:

Capital expenditures in the distribution segment in 2016 and 2015.

The largest expenditures in the distribution segment in 2016 were related to the following tasks: "Connection of new off-takers" and "MV and LV (low-voltage) lines".

Growth perspectives for the distribution segment

Our responsible approach to the natural environment in the distribution segment focuses on operating power lines and equipment in accordance with regulations. This also involves carrying out investment and repair activities in such manner as to ensure that their burden and impact on the surrounding environment are as small as possible.

As a result of its activities, PGE Dystrybucja S.A. has impact on the natural environment mainly through the following:

As part of the distribution business, all investment activities are conducted in a way that ensures that their effects include a maximum possible level of mitigation of negative environmental impact by facilities owned by the company. The construction of new power facilities or modernisation of existing ones is preceded by obtaining a decision on environmental conditions for the undertaking, issued by an environmental protection authority.

PGE Dystrybucja has been running a project to limit grid losses for many years, mainly through the exchange of transformers to low-loss equipment as well as grid reconstruction and modernisation. Its investments contribute to improving quality parameters of electricity supplies and reduce grid operating costs. For example, in 2016 we reduced grid losses by more than 2%.

The company is obligated to notify its installations emitting electromagnetic fields. New or modernised installations operated by PGE Dystrybucja are continuously notified to environment protection authorities relevant to the emission location.

In 2016, we carried out a number of activities within our distribution area intended to maintain the natural character of the environment. The key tasks include: