We are an important partner for local communities and local authorities. The taxes that we pay to the communes in which we operate often constitute a significant part of their budgets.

*Estimation based on tax returns and documentation of other fees paid by PGE to local governments, resulting from the law

At central and local level, our business in 2016 brought in PLN 4.7 billion in 2016 (PLN 5.0 billion in 2015). This amount mainly includes: excise duty, VAT, CIT, taxes and contributions for PGE employees, property taxes as well as other taxes and fees.

As a result of our activities, local governments (communes, counties and districts budgets) received close to PLN 646 million in 2016 (approx. PLN 708 million in 2015).

Table with estimated tax impact by each level of local government

In the Kleszczów commune, which is the location for the largest lignite-based power plant and lignite mine in Europe, over 50% of all expenditures incurred by the local government in 2016 were financed from taxes paid by PGE Group. The total amount received by various territorial units at commune level as a result of our operations reached PLN 343 million. 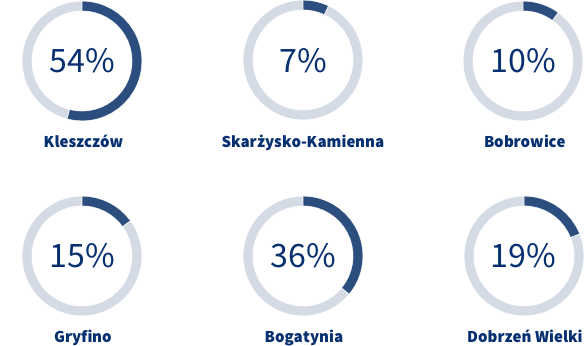